That is how it is supposed to work, but in America it has become standard procedure to regard the Other as an object to be manipulated for one’s own purposes. It is this distortion of our values that results in the plague of constant irrational violence. As Richard Nixon’s Attorney General John Mitchell said, “Watch what we do, not what we say.” And regardless of what we say, from what we do it is apparent that we do not value compassion, empathy, respect, love, kindness, and peace. A person that has compassion for others does not commit mass murder, and a culture that values compassion does not experience daily mass murder. Rather, we value manipulation, intimidation, coercion, violence, domination, exploitation, and theft. People know in their hearts and souls that something is not right, and they are understandably angry about it, and express that anger in many ways, including by treating other people like objects, cheating them, beating them, and killing them. 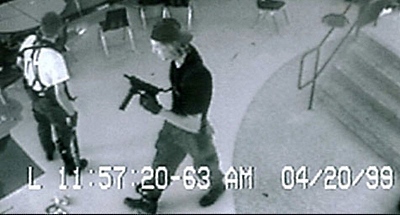 How could this happen? For one thing, our economic system encourages us to treat people as things because that is the way to make the most money. There is nothing wrong with making money, but there is something wrong with treating persons as objects in order to make it. One would not trick or cheat a person one loved, but the message we get is that it is perfectly proper to treat other people like things as long as we can make money doing it. We will sell a car on Craigslist with severe undisclosed defects for as much as we can get for it and feel that we have done nothing wrong, or even that we have been clever. It’s a hard thing to hear, but unless one tells the prospective buyer everything one knows that might affect the buying decision, then one has treated that buyer as less than a person.

It’s hard enough for an individual to do the right thing when it might cost him or her some money, but it’s even tougher when companies and corporations routinely set a horrible example. When you are buying a new car the dealership is not interested in helping you as a person make an informed decision, but in getting as much out of you as possible. And then there are the insurance companies that will deny your claim regardless of the merits because they know that they can outlast you in court, the companies that stole the pension funds of tens of thousands of their own workers, and the hedge fund managers who cratered the economy of the entire world and caused hundreds of thousands of people to lose their homes. It’s hard and complicated, no doubt about it, a conflict between spirituality and economics. It’s no wonder people would rather argue about something simpler, like “More guns” versus “Less guns.” 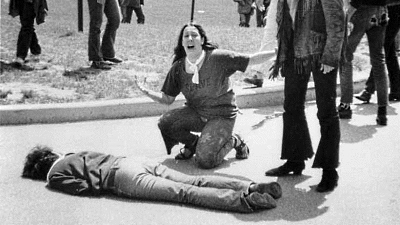 A second factor that encourages us to treat people as non-persons is that for many years our political leaders have played one group of Americans against another in order to get elected. They have encouraged hatred, bigotry and fear just so that they might get and keep power. Technically speaking, politicians have encouraged and manipulated xenophobia (fear of the other) in order to retain their own power. It was a trick they perfected in the Jim Crow South. Every time an election came around, they would simply scream, “Nigger, nigger, nigger” and they would get re-elected. Those Southern demagogues (Democrats, by the way) would, in other words, create animosity between one group of the American people and another, for their own gain. For the modern (Republican) version, just watch Fox News. It was and is despicable, but from the politicians’ selfish and irresponsible point of view, it works, so they will keep doing it until we tell them to stop. I come from those people who allowed themselves to be manipulated and I say, they were manipulated but they were not blameless, and the racism they bought into is still poisoning America.

A third factor in the objectification of persons is the media. The media does everything it can to encourage us to think of ourselves as consumers, because consumers are things not persons, and therefore the media can do anything it wants to most effectively sell us stuff. Perhaps the greatest producer in television history, David Chase of The Sopranos, stated this all very clearly: the overriding purpose of television, all of it, the programs as well as the commercials, is to create docile, easily manipulated consumers. To this end the message they portray is “Everything is wonderful. Let’s go buy something.” They are unconcerned with the mental, spiritual, emotional, physical, sexual, financial well-being of either you or our culture. Television manipulates us in an absolutely irresponsible and immoral fashion for no other reason than to increase ratings and profits. Irresponsible because they do not consider the consequences of their actions either to the culture or to the individual and immoral because they treat us like things, objects to be manipulated for their own gain, rather than as persons. 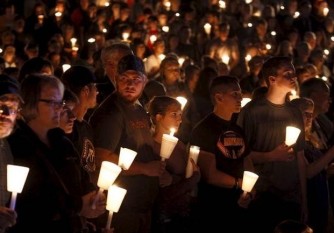 I describe this as a spiritual and moral problem and therefore I believe that we have been failed catastrophically by those we have trusted to maintain and contribute to our spiritual health. Our spiritual leaders have made a comfortable living over the years by accommodating themselves to our economic system, political system, and media. They have also learned the demagogue’s trick of setting people against each other to consolidate their own power. But they have failed miserably in the greatest responsibility I can imagine, to constantly and repeatedly remind us that if we violate the fundamental precept that we should love our neighbors as ourselves and never treat persons as things then we will suffer the consequences.

3 thoughts on “Mass Shootings. It’s not just the guns. It’s something worse.”